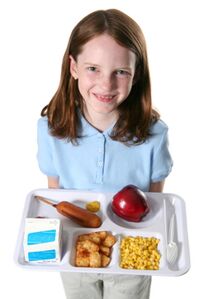 Another celebrity chef is in the news talking about school food.  Rachael Ray, the host of 30 Minute Meals, was in Washington recently lobbying lawmakers on the reauthorization of the Child Nutrition Act.  This act determines how much money school districts are given for meals and how much control the government has over food outside of school cafeterias, like those vending machines stocked full of sugary drinks and processed snacks.

New York junior senator Kirsten E. Gillibrand and Rachael Ray are both passionate about increasing the amount of money the schools are reimbursed per meal.  They are also proposing a ban on trans fats in school cafeterias.

This article in the New York Times reports that Rachael Ray, who grew up in Senator Gillibrand’s former Congressional district in northeast New York State “has made school nutrition something of a personal crusade. She has helped the New York City school system develop a healthier menu, creating a chicken taco dish for cafeterias using a whole wheat flatbread, roasted chicken and a ratatouille-style stew.   Her latest coup was persuading the city’s schools to use whole wheat pasta in macaroni and cheese.”

It’s great when celebrities use their fame and speak out about issues they care about.  We say, “Hooray Rachael Ray” for bringing more attention to the Child Nutrition Act and how it affects the health and well-being of our children.

Is your school district doing anything to change school lunches on a local level?  We want to hear about it! 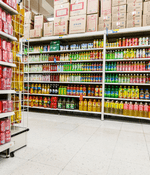