Would a Food Tax Make Us Eat Less Junk? 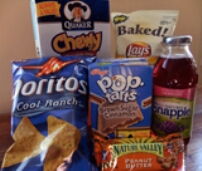 Talk of initiating a junk food tax on unhealthy food items has both scientists and activist groups pondering the question and looking for an answer. Would imposing taxes on junk food decrease the consumption of it? Would a tax actually cut down on some people’s intake of calories and unhealthy products?

Some trial tests done by scientists around the world have revealed that a food tax on unhealthy items (much like the kind on cigarettes) might in fact lower sales. Multiple studies have shown a decrease in the consumption of sugary, high-calorie foods and beverages when there is an added tax of 25% or more.

Imposing a high tax on junk food items is looking more and more like it could work. When compared to a study of an educational campaign where there were signs recommending individuals cut back on sugary soft drinks for health reasons, the tax ended up making much more of a difference.

It is perhaps becoming clearer that high taxes put on junk food decreases sales, but more studies still need to be done to see if smaller tax additions would influence people’s buying and eating habits. Both industry trade groups (like the American Beverage Association) and anti-tax groups are against the tax proposal and argue that junk food taxes will not help in the fight against obesity in America.

Supporters of the tax argue that implementation might discourage people from purchasing the items, as well as help offset the estimated $147 billion cost of treating obesity-related health issues.

What do you think? To tax, or not to tax?