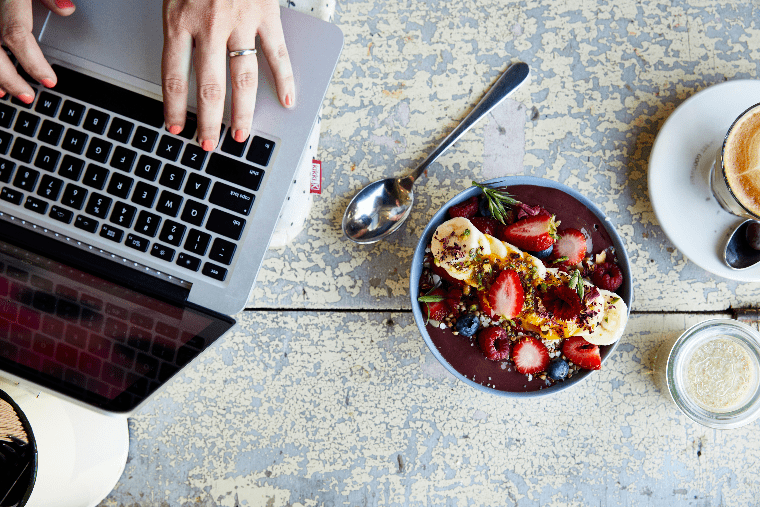 The most common autoimmune diseases and their symptoms

Autoimmune disease is estimated to impact 23.5 million Americans, with the majority of those impacted being women. We’ll cover the most common autoimmune diseases and how the root of these diseases – inflammation – can be quelled through diet and lifestyle modifications.

Note: This piece is not providing medical advice, and any autoimmune disease treatment plan should be discussed with a doctor.

Rheumatoid arthritis is the most common autoimmune arthritis and occurs when the immune system attacks the lining of the joints, called synovium, causing inflammation, swelling, joint pain, and stiffness. The erosion of the lining of the joints can lead to serious damage, including erosion of the bone itself and deformities in the bones. The most common first symptom of rheumatoid arthritis is joint stiffness that persists in the morning, but other symptoms include loss of energy, low fever, loss of appetite, dry eyes and mouth, and nodules that appear at the joint site.

You’ve likely heard more about type 2 diabetes, the disease that occurs when your body doesn't properly utilize insulin, the hormone that manages blood sugar levels. Type 2 diabetes is often called adult-onset diabetes, but many children are developing type 2 diabetes due to poor diet and lifestyle.

Type 1 diabetes can develop at any age, though it’s more common in children and adolescents. Type 1 diabetes is caused by the lack of (or too little) insulin production by the pancreas. The immune system is thought to attack the cells of the pancreas that produce insulin, called beta cells. Symptoms of type 1 diabetes can look very similar to symptoms of type 2 diabetes, including frequent urination, extreme thirst, extreme hunger, weight loss, blurry vision, numb or tingling extremities, lethargy, dry skin, prone to infections, and slow-healing sores. Additionally, those with type 1 diabetes may also experience nausea, vomiting, or stomach pains.

When testing for type 1 diabetes, a physician will review blood sugar levels, in addition to autoantibodies in the blood, and levels of ketones (produced when the body uses fat for fuel instead of glucose) in the urine.

Celiac disease occurs when the immune system attacks ingested gluten, the main protein found in wheat, rye, and barley. The resulting inflammation can seriously damage the small intestine when small projections called villi are flattened. Villi are vital for nutrient absorption, and one of the many complications of celiac disease is an inability to absorb these vital nutrients, which can lead to a cascade of other health issues.

The inflammation caused by lupus can impact many areas of the body, but the most common are the skin, joints, and internal organs such as the heart and kidneys. There are four types of lupus:

Lupus symptoms are similar to many other autoimmune disorders, including extreme fatigue; pain or swelling in the joints; swelling in the hands, feet, or around the eyes; headaches; low fevers; sensitivity to sunlight or fluorescent light; and chest pain when breathing deeply. Many may also experience a butterfly-like rash across their nose and cheeks, hair loss, sores in the mouth or nose, and Raynaud’s disease.

Multiple sclerosis occurs when the immune system attacks the central nervous system (CNS), which is made up of the brain, spinal cord, and optic nerves. Inflammation from the immune response damages the myelin, the fatty substance that surrounds and protects nerve fibers. Inflammation also damages the nerve fibers themselves and the specialized cells that produce myelin. The name of this disease reflects the damage that occurs – multiple areas of scarring within the CNS.

The symptoms of MS are caused by the damage done to the nerve fibers responsible for sending signals within the CNS, disrupting communication between the brain, spinal cord, and the rest of the body. The symptoms vary greatly from person to person, due to where the damage has occurred, but most commonly include fatigue, weakness, walking difficulties, numbness or tingling, spasticity, vision problems, bladder problems, dizziness or vertigo, cognitive changes, bowel problems, emotional changes, depression, and pain and itching.

An immune system attack on the thyroid gland in the neck, Hashimoto’s thyroiditis causes the thyroid to stop or minimally produce the thyroid hormone, resulting in hypothyroidism. The thyroid is responsible for the body’s maintenance of homeostasis, regulating body temperature and energy expenditure, in addition to keeping all the major organs working as they should.

Symptoms of Hashimoto’s include fatigue, weight gain, constipation, increased sensitivity to cold, dry skin, depression, muscle aches, reduced exercise tolerance, and irregular or heavy menses. The trouble with diagnosing Hashimoto’s, or any thyroid disorder, is mild symptoms can occur for many years with no exact clinical evidence of such disorders (autoantibodies and elevated TSH) or the opposite – no symptoms may be present, which would delay any lab work until symptoms appear, thus delaying diagnosis.

Graves’ disease is an immune attack on the thyroid that causes hyperthyroidism, or the overactivity of the thyroid gland. The antibodies produced during this immune system response attach to the thyroid gland and stimulate the production of thyroid hormones, putting it into overdrive.

Symptoms include racing heart, tremors, trouble sleeping, weight loss, muscle weakness, and heat intolerance. Graves’ disease is also associated with inflammation and swelling of the tissue around the eyes, which can cause a protrusion or bulging of the eyes. Eye symptoms usually precede thyroid symptoms, which would allow for diagnosis more swiftly than Hashimoto’s, as described above.

There are five types of psoriasis, all resulting from an improper immune response attacking the skin. Psoriasis is commonly found around the elbows, knees, and scalp; though it can show up anywhere on the body. The most common form of psoriasis, plaque psoriasis, is easily diagnosed by the classic raised red patches covered with white, the buildup of dead skin cells.

Symptoms of psoriasis include these physical manifestations of plaque, in addition to pain and itching where the plaque is located. The other forms of psoriasis have different patterns of skin lesions, but all cause some itching and pain. While not life threatening, the severity of one’s psoriasis can greatly impact quality of life.

“Genetics load the gun; environment pulls the trigger.” This statement, often used in the scientific community, explains the concept that while autoimmune disease may be genetic, the expression of the genes that cause autoimmune disease to manifest can be “turned on” by environmental factors, such as a viral or bacterial infection.

Autoimmune diseases disproportionately affect women over men. While they only impact about 8% of the U.S. population, 78% of those affected are women. Lupus is eight times more common in women than men; Hashimoto’s nine times. Viral and bacterial infections don’t discriminate between sexes, but there’s something about the female immune system response that creates this great divide in autoimmune disease prevalence.

There are a few reasons for this, which, combined, could greatly increase the chance of activating a potentially latent autoimmune disease in women:

Managing inflammation through diet and lifestyle

Inflammation is a normal – and even healthy – occurrence in the body. The most basic example of a healthy inflammatory response is what happens when you cut your finger – but what occurs in the body is not basic at all!

First, platelets, which are blood cells that promote clotting, rush to the scene to create a temporary covering of the open cut; these platelets will eventually form the scab. Then, the blood vessels dilate to allow immune cells to attend to the cut. This dilation creates the redness and swelling that you see around the cut. This first wave of immune cells, neutrophils, aim to remove bacteria from the cut. Then, a host of other immune cells, such as monocytes and macrophages, coordinate the healing response and make an environment suitable for healing to occur.

T cells are white blood cells that help regulate and carry out action within the immune system. There are two types of T cells: helper and killer. Helper T cells coordinate the attack, while killer T cells do the work of killing infected cells. T cells are able to distinguish between healthy and infected cells, but in autoimmune disease, these T cells are either inactivated or become defective, contributing to chronic inflammation and the symptoms of autoimmune conditions.

Quelling chronic inflammation through diet and lifestyle modifications is essential for managing autoimmune conditions. A body experiencing autoimmunity is already on high alert, and feeding it proinflammatory foods and living an “inflammatory lifestyle” will continue to fuel the fire.

At its core, an anti-inflammatory diet removes foods that can trigger inflammation in the body, such as those found in the typical Western Diet, including high levels of unhealthy fat, sodium, processed carbohydrates, and sugar – but it’s not just about the processed sugar and junk food. Many people experience reactions to soy, corn, eggs, dairy, and gluten, so it’s important that you discuss with your doctor any changes to your diet that you might make to manage your autoimmune condition.

Foods that are part of an anti-inflammatory diet:

In addition to being mindful of the food we eat (and don’t eat), our lifestyle behaviors can also contribute to the inflammatory and immune response in the body.

How Health Coaches can support clients with autoimmune disease(s)

We understand this information can be overwhelming, especially if you’ve been dealing with a myriad of symptoms that have you feeling “off” without quite knowing why.

Something we often hear from the IIN community is that many of their health concerns were only seriously addressed once they listened to their intuition and started seeking answers based on what their gut was telling them. They started digging deep into their medical history, working with their doctors to get blood and lab work done, and seeing a Health Coach to get accountability for making changes in their diet and lifestyle to relieve their symptoms.

Health Coaches work in tandem with a client’s healthcare team, facilitating results by being a positive reinforcement and offering a safe, supportive space to explore a client’s health concerns and treatment. Through active listening, high-mileage questions, and encouraging a focus on primary food, Health Coaches engage clients in doing the real work themselves, providing support along the way.

For clients with autoimmune disease, the work is the same. The protocol for autoimmune treatment will always have diet and lifestyle components, which Health Coaches are well-prepared to tackle with their clients. Learn more about the education Health Coaches receive in order to become valued members of the healthcare team. 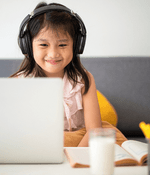