Can you believe we’re already halfway through 2012? Where is the time going? So much has happened this year at Integrative Nutrition, and in the world of health and wellness. Here are some of the highlights:

We announced our first Transformation Contest winner: Sue Brown, Class of 2011, who lost 52 pounds in 52 weeks at age 52! Since transforming her own health and happiness, she continues to spread the ripple effect by coaching others to greater health and happiness.

Paula Deen announced that she has type 2 diabetes. The queen of Southern cuisine raised eyebrows when she mentioned that she would be managing her disease with a diabetes drug, for which she was a paid spokesperson, and not by changing her diet.

A new study from researchers at the University of California, San Francisco (UCSF), announced that sugar is an addictive substance that should be regulated in the same way as tobacco and alcohol.

Chipotle states its commitment to natural and sustainable foods by airing a two and a half minute animated commercial. The spot sparks conversation nationwide about the local food movement.

We host the biggest holistic nutrition conference ever, the IIN Mega Conference, this time on the West Coast in Long Beach, California. Over 4,000 healthy, happy Health Coaches gathered to learn from leading experts in nutrition and wellness, including David Wolfe, Geneen Roth, and Sean Corn. Watch our video recap to experience the magic.

The Health Coach Training Program and Immersion Program are both recognized for college credit by the National College Credit Recommendation Service. Now you can earn up to 40 college credits for your IIN education.

A study in the Archives of Pediatrics and Adolescents debunks the belief that milk does a body good. Teenage girls in the study who drank milk did not lower their incidence of stress fractures. 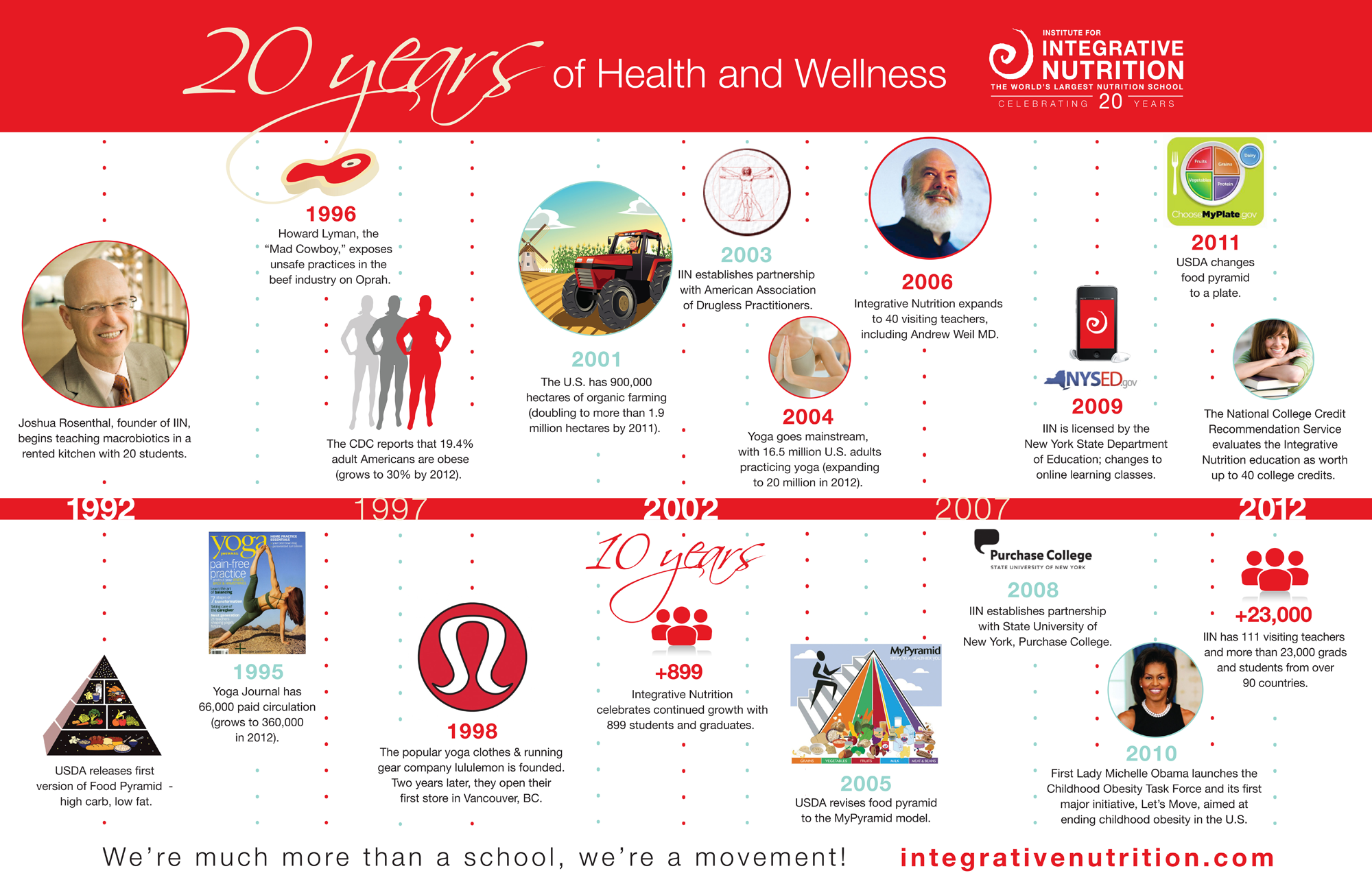 IIN celebrates 20 Years of Transformation. Joshua Rosenthal’s vision of creating a healthier, happier world is realized from a dream with a handful of eager students to more than 25,000 students and graduates in all 50 states and over 90 countries – the ripple effect is affecting the entire world.

We helped you get more eco-friendly and green with our special Earth Day guide, 60 tips for an Extra Green Earth Day.

Our first IINternational live event takes place in London. An intimate gathering of 200 Integrative Nutrition students and graduates gather to learn from Joshua Rosenthal and other leaders in nutrition and wellness.

Vitamin M stands for moms and all they do – we appreciate moms throughout the month of May.

We honor outstanding graduates who are creating a ripple effect of health and happiness by launching the Health Leadership Awards. Allison Carmen, Class of 1995, received the first HLA for her work in matching schools with community supported agriculture (CSA) groups. 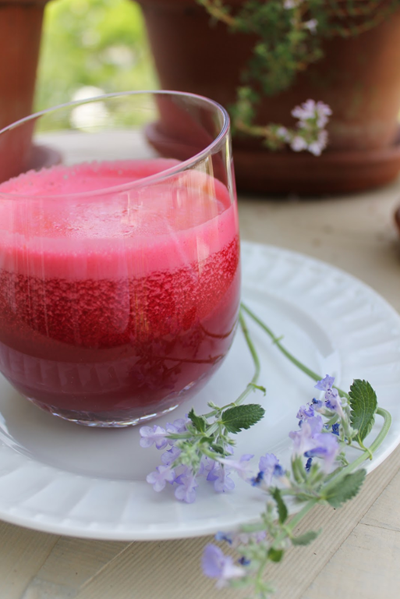 We kicked off summer with a shift to lighter, cooler eating. To make it easy and fun, we brought you our smoothie guide, 47 smoothies for summer.

We celebrated the continuation of our ripple effect, with more than 50,000 healthy, happy people in our Facebook community!

Look out for special announcements about Health Leadership Awards, conferences for the Integrative Nutrition community, and more!