Did you hear the latest nutrition news? If you missed it, don't worry! We collected the hottest topics right here in one place for you to easily digest!

Bon Jovi in his own words,
bringing Soul to those in need
Today
On the eve of the opening of Jon Bon Jovi's new community restaurant, Soul Kitchen in Red Bank, N.J., the Today Show talks with the singer about his new project. Bon Jovi created a place where people can come and eat fresh, often organic and locally sourced food, regardless of whether they can pay. Read more. 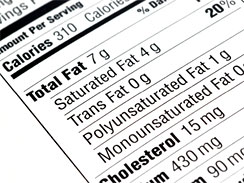 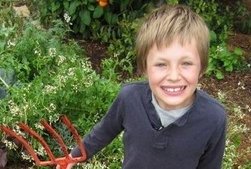 Gardening: Little green fingers
NZ Herald
There are many, many programmes available in and out of schools designed to get your kids excited about gardening, and spring school holidays are a great time to get them started. Programmes like Garden to Table are proven internationally to get kids involved and engaged in the food they eat and where it comes from. Read more.

So your kid's a vegetarian - they'll live
CNN Eatocracy
Niki Gianni was 11 or 12 when she found a video on YouTube called "Meet Your Meat." Saddened and disgusted by the footage from a slaughterhouse, the Chicago girl announced she was no longer going to eat meat. Her parents were less than thrilled. Read more.

Group Hits General Mills on Fruit Snack Nutrition
ABC News
A nonprofit nutrition and health watchdog group and a California mother are at the center of a complaint that alleges General Mills misled consumers about the nutritional and health qualities of its fruit snacks including Fruit Roll-Ups and Fruit by the Foot. Read more.

Pesticides Are Good for You
Big Food's Co-optation of Nutrition Professionals
Food Safety News Opinion
BY Michele Simon
For years now, I have been hearing about the food industry's influence on the annual conference of the American Dietetic Association -- the nation's largest gathering of nutrition professionals--with some 7,000 registered dietitians in attendance. Last month, I witnessed it for myself and discovered the corporate takeover by Big Food was worse than I even imagined. Read more. 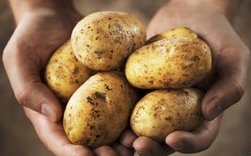 When did potatoes become unpopular?
BBC
This week, the US Congress foiled plans to limit the amount of potatoes served in school lunches. Rules proposed by the United States Department of Agriculture (USDA) stated that potatoes, along with other starchy vegetables like corn, peas, and lima beans, could be served in school cafeterias only twice a week. Read more.

Do you have any thoughts on any of these hot topics?
Please share in the comments below!