How to Spot the “Functional” Designer Food Scam

Brain-boosting mayonnaise? Heart-healthy margarine? Infection-fighting strawberry yogurt? This latest marketing scam is probably not what Hippocrates had in mind when he said, “Let food be thy medicine.”

The Truth Behind the “Functional Food” Fraud

Eager to make smarter food choices, millions of Americans are falling victim to a clever hoax that advertises items as “functional foods” – foods that promote optimal health or reduce the risk of disease.

Of course, all foods are functional in the sense that they have nutrients that support vital processes, and many foods have been proven to be exceptionally beneficial. Chocolate, for example, is not only delicious; its heart-healthy flavonoids are proven to lower blood pressure and reduce cholesterol.

So where is the scam? It lies in manufacturers who deceptively emphasize a single “functional” ingredient in products that otherwise aren’t very healthy at all. Because food industry advertising is loosely regulated, it’s easy to fraudulently misrepresent or exaggerate claims; some go so far as to present these processed food items as drugs capable of curing disease and illness.

White Bread for a Healthy Brain?

Take, for example, Sara Lee’s white bread. Made from the most refined wheat flours, this product offers little nutritional benefit and can cause blood sugar spikes and insulin crashes.

Yet one of its newest products, Soft & Smooth Plus Made with DHA Omega 3, is marketed with the claim: “Parents of little ones will love our bread with DHA Omega-3, a nutrient that helps support healthy brain development during the early years.”

If you aren’t familiar with it, celebrity health supplement omega-3 is the “hot” ingredient that’s featured in countless functional food scams. It’s now included in everything from eggs to granola to margarine, but the question remains: can a single nutrient really redeem an entire food product?

Much of the hype surrounding omega-3 fatty acids is 100% true. EPA and DHA, two types of omega-3 fatty acids that are commonly found in marine plants and cold water fish, are powerful anti-inflammatories that have been shown to boost cardiovascular health, improve rheumatoid arthritis, ease asthma, reduce the symptoms of ADHD, improve mood and reduce depressive symptoms, assist in the neurological development of fetuses, infants, and children, and even protect against Alzheimer’s disease and dementia.

The Scam: Not all Omega-3 Fatty Acids are Created Equal

Many of the foods that brag about containing omega-3 fatty acids in fact contain ALA, a third fatty acid that is found mostly in plants such as flax, soy, and walnuts. Once consumed, ALA is inefficiently converted to EPA and DHA inside the body; some estimates say the rate is as low as 5%. Simply put, the purported health benefits of consuming “omega-3 fortified” pastas, cereal, and margarine are a far cry from the value you’d gain by digging into a can of sardines.

How to Spot and Avoid the Functional Food Scam 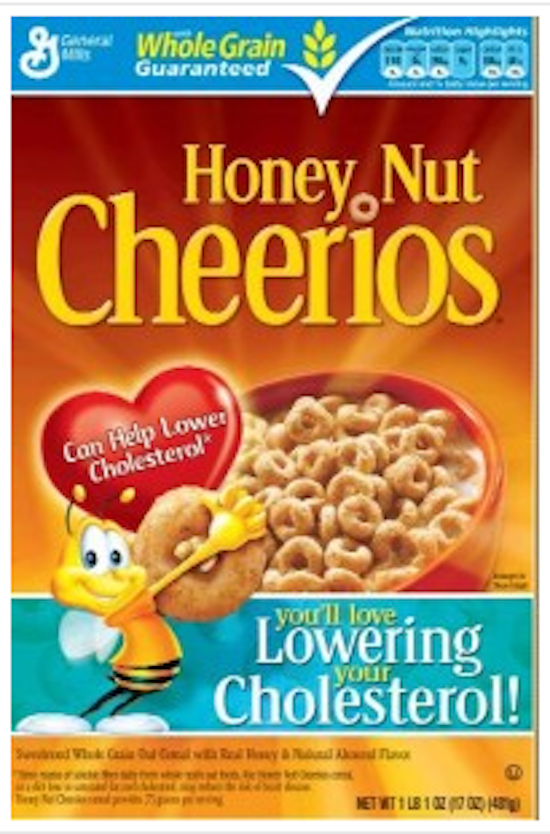 Ultimately, these “designer foods” are just part of a scam that lures people away from the true functional foods: fresh fruits, vegetables, whole grains, and whole protein sources.

The government is making slow strides in regulating the fraudulent labeling and advertising that is so rampant in the food industry. In 2009, the FDA warned General Mills about the health claims made on boxes of Cheerios, one of which included, “You can lower your cholesterol 4 percent in six weeks.” The FDA responded to this misleading assertion with a tongue-in-cheek recommendation: that Cheerios could keep their box as-is…provided that the cereal applied to be recognized as a drug.

Which health claims can you believe, and what can you do to steer clear of the hoaxes? Stick with whole, unprocessed foods. Want to eat a meal rich in omega-3s? Enjoy a delicious wild salmon filet. As visiting teacher Dr. Mark Hyman points out, “The best way to avoid foods that are bad for you is to stay away from foods with health claims on the labels. They are usually hiding something.”