You Have a Right to Know: Lobbying for a GMO-Labeling Bill

2014 marks nearly twenty years since the first genetically modified tomato was introduced for sale in grocery stores in the U.S.  Today, more than 8 genetically engineered crops are spreading throughout our food supply. Genetic engineering uses different biotechnology techniques to transfer genes from one species to another, giving an organism a trait that it didn’t have before.

Should we be worried GMOs are in our food supply? YES! There is currently no consensus on the safety of GMOs, and we are unsure of long term effects on human health and the environment.

One popular use of genetic engineering is to create insect-resistant crops. An example is Monsanto’s “BT corn,” which is engineered to contain the gene of an insecticide, so that it produces insecticide within all of its cells. “BT corn” is actually registered with the Environmental Protection Agency (EPA) as an insecticide. That’s right, when eating this corn you are eating not a food, but a registered insecticide.

Genetic engineering has now become the norm for big yield crops and processed foods in America. Yet most Americans have no idea where these GMOs are hiding, because there is no labeling law; we’re effectively blindfolded when purchasing food. New York State Assembly member Linda Rosenthal is on a quest to change this.

Rosenthal initially introduced the New York State GMO Labeling bill in early 2013. By that spring, she had gathered enough votes to pass the bill, until several legislators changed their minds last minute after being coerced by lobbyists from Monsanto and the seed industry. This past Tuesday, Rosenthal gathered with other legislators, advocates, and experts to fight for support of a mandatory GMO-labeling bill, and reaffirmed her determination to stop big food lobbyists from intimidating legislators. “We stand at an important moment in the debate to label GMOs,” she said. “Worldwide, consumers have made it clear they want to label GMOs because they demand to know. The question we are faced with now is whether we will stand up for those consumers, or whether we will be browbeaten by corporate interests.” 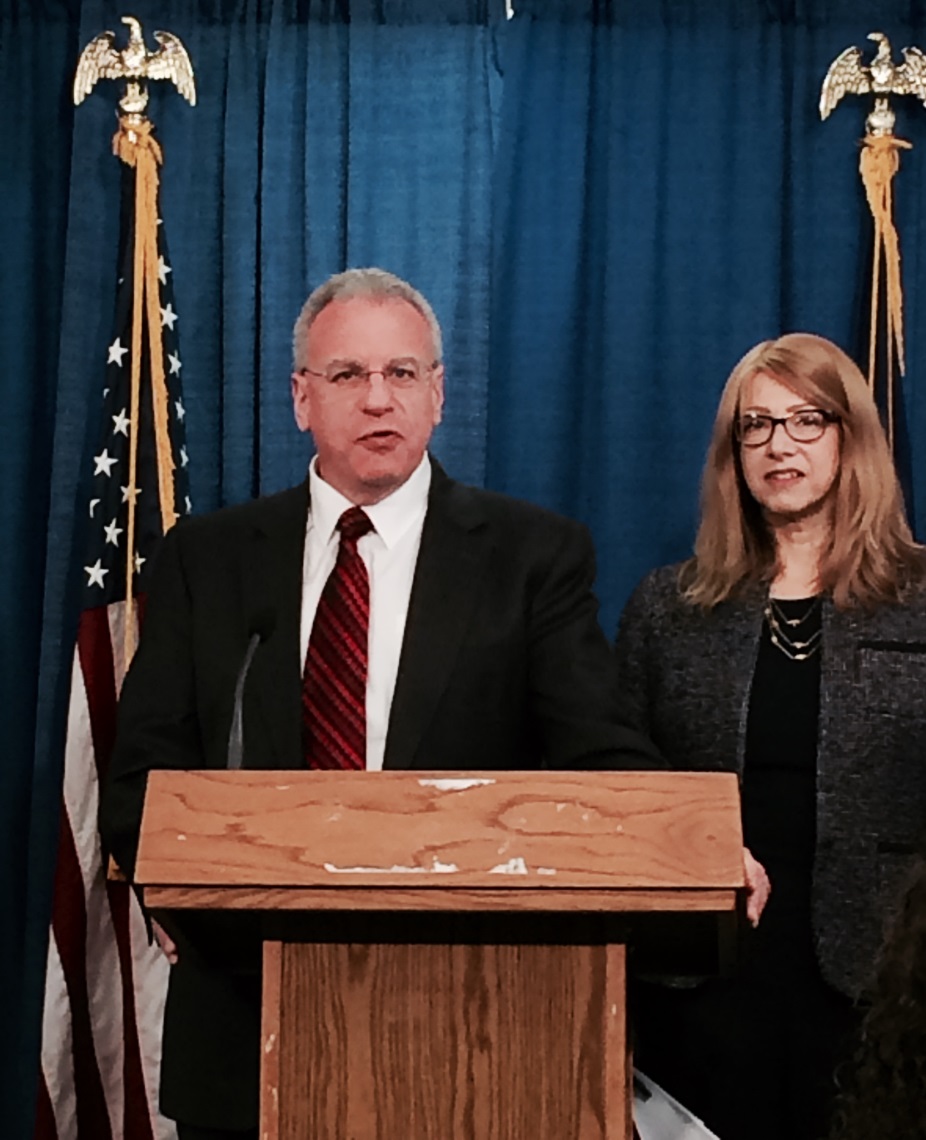 I had the opportunity to join this group of activists in the fight to garner support for the bill, which would require labelling of all genetically engineered foods for retail sale in New York State. Not surprisingly, the opponents to the bill include Monsanto, the GMA, and other large food corporations. We met with multiple senate and assembly members to express the concerns of consumers and to fight for our right to know what’s in the food we purchase. It was an honor to fight for the rights of consumers, but also a sad confirmation of the tight grip Monsanto and Big Food have on the American government.  The revolving door between large corporations and government agencies will continue to put blindfolds over the eyes of consumers unless we demand our right to know what is in the food we eat.

The bill is expected to go before the Consumer Affairs and Protection Committee sometime in mid-late February, and hopefully make it to the capital floor for a final vote this spring. Find your senator here and call them! Tell them you have a right to know if it’s GMO! 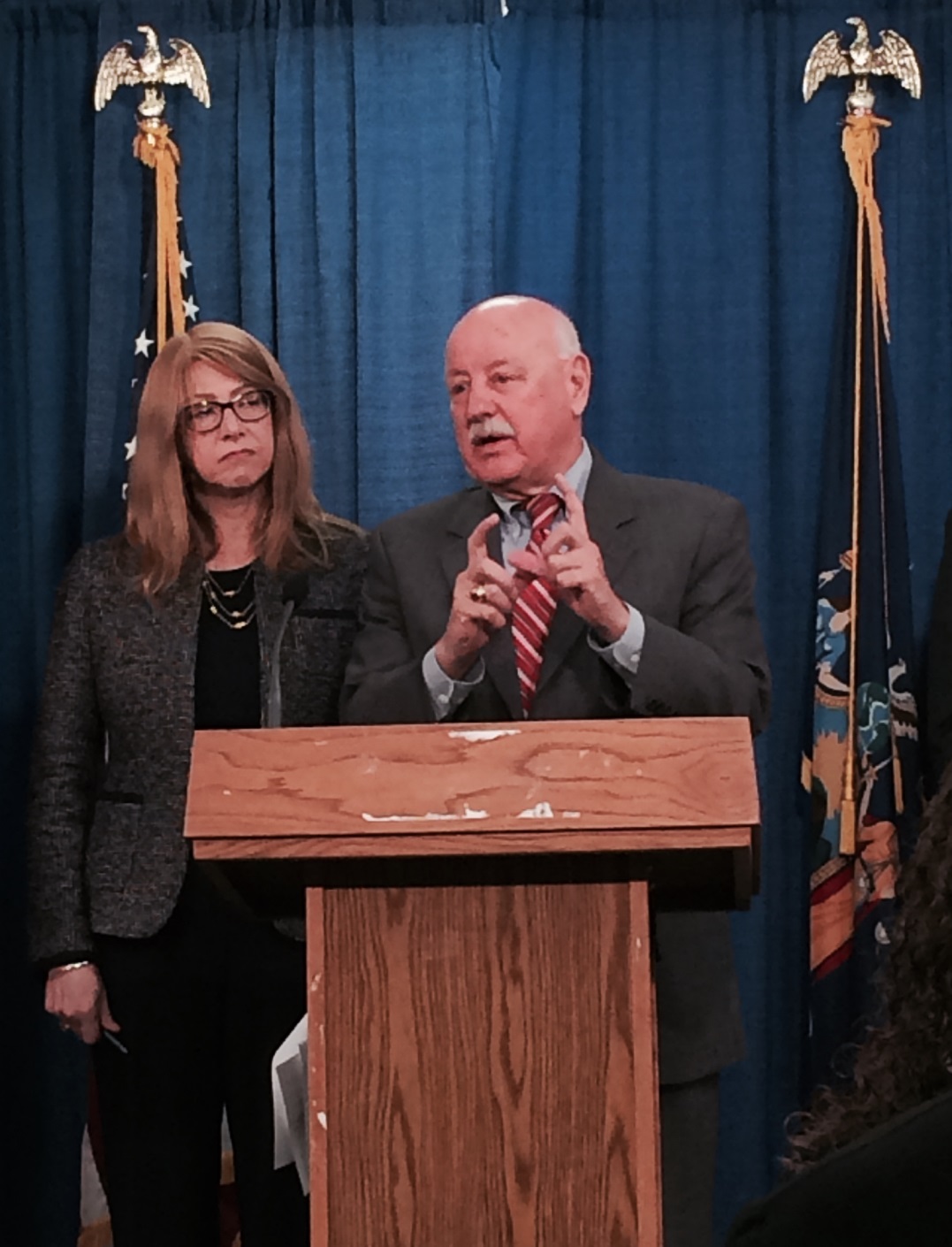 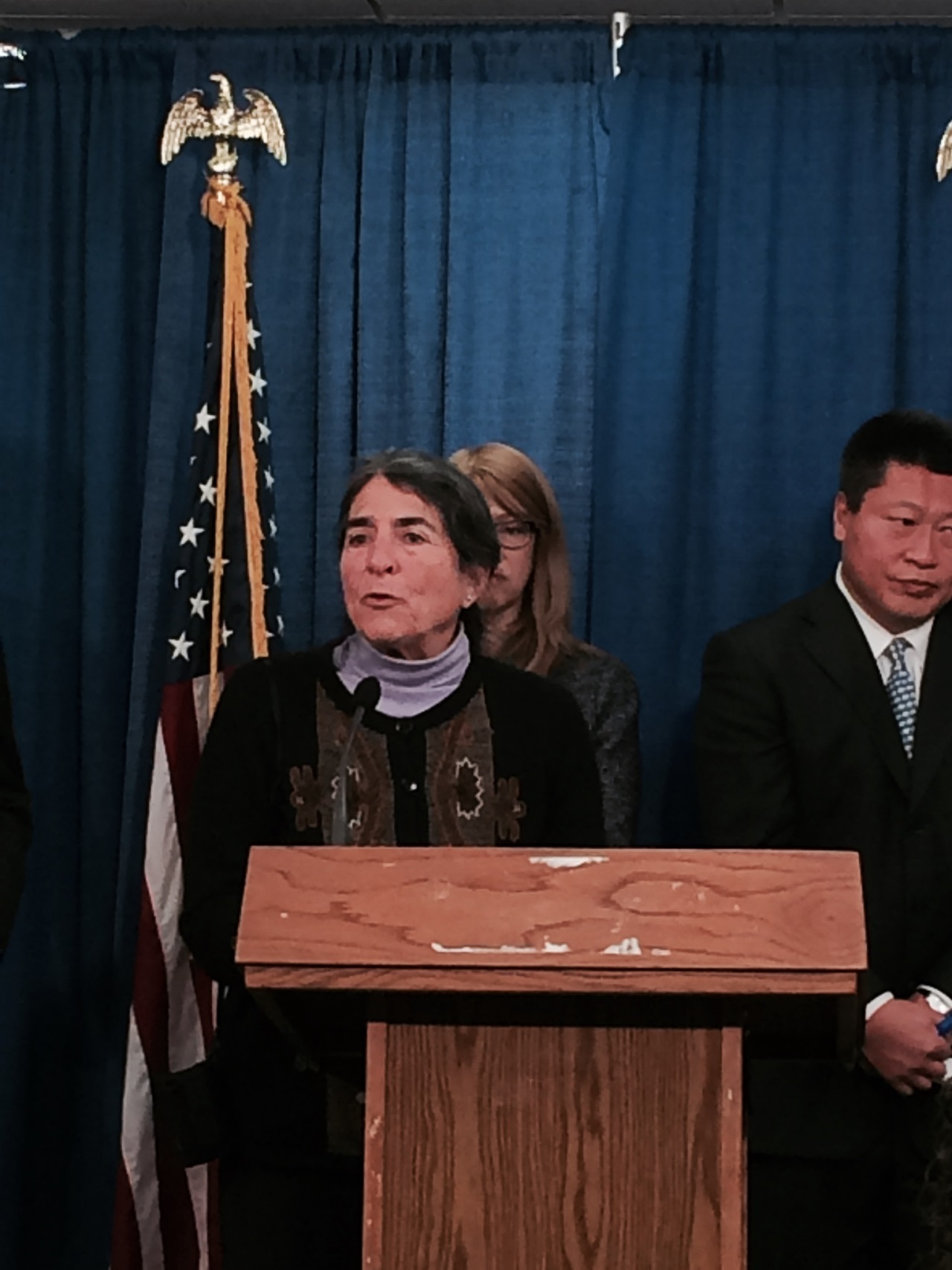