How Long Does It Take to Detox from Gluten?

Long before it was a fad, avoiding gluten was required for people with celiac disease and gluten intolerance. Now this way of eating is touted by athletes claiming it improves athletic performance, celebrities promoting gluten-free diet foods, and other characters claiming miracle health benefits. But going gluten-free can be helpful – for those who need to avoid gluten.

Gluten is the protein found in wheat, rye, and barley that helps foods maintain their shape, acting as a glue that holds them together. Wheat is found in pasta, bread, cereal, salad dressing, soups, and sauces. Barley is found in malt (think malted milkshakes, malt barley, malt vinegar), food coloring, and beer. Rye is a key ingredient in rye bread, like pumpernickel, and some cereals. While oats don’t contain gluten, they’re commonly grown alongside wheat, rye, and barley, so only oats marked as gluten-free have avoided any cross-contamination.

Signs and Symptoms of Gluten Intolerance

For people with gluten intolerance and sensitivities, eating gluten can cause bloating, abdominal pain, constipation, and diarrhea as well as headaches, nausea, fatigue, and joint pain. Symptoms can appear shortly after eating gluten or up to a day afterward. If you do find that gluten affects you, removing it from your diet should alleviate any issues you're having. Some call this a gluten detox.

Symptoms of celiac disease, nonceliac gluten sensitivity, and wheat allergies vary from person to person. Some people can even have asymptomatic gluten sensitivity – where the effects of gluten instead manifest as depression and anxiety, inflammatory conditions like rheumatoid arthritis and psoriasis, and anemia and vitamin deficiencies.

Since gluten is eaten and digested, it makes sense that it would cause digestive problems. People with gluten sensitivity and intolerance often report bouts of gas, stomach pain, bloating, and diarrhea when they consume (or are exposed to) gluten.

A common rash associated with gluten sensitivity is dermatitis herpetiformis, a recurring, blistering skin rash. This rash is extremely itchy and often appears on the elbows, knees, and rear end. Luckily, most people find that removing gluten from their diets clears up this condition.

3. Migraines and other headaches

Gluten can be a trigger for headaches, including migraines. According to a 2020 study, most people find migraine relief when they cut gluten from their diets, so long as the headaches are related to gluten sensitivity and not another cause.

Why Would You Detox from Gluten?

If you’re experiencing the symptoms of gluten intolerance, you may want to detox from gluten. According to gluten-free Health Coach and IIN graduate Kiran Dodeja Smith, “It’s important to know that not everyone needs to remove gluten from their diet. There’s a lot of nutritional value in clean whole grains, including whole wheat, that can be lost by eliminating these foods. But for others, gluten can cause bodily distress.”

If you’re experiencing symptoms of gluten intolerance, check with your doctor to determine the best course of action. “If you’d like to get tested for celiac disease,” Smith notes, “it’s important to do this while you are still eating gluten. So be sure to get tested first before removing it from your meals.”

How Long Does It Take to Detox from Gluten? Four Factors

Removing gluten from your diet can help alleviate any symptoms you’re experiencing within a few days, though the time frame is different for everyone. There are several factors at play when determining how long it will take you to detox from gluten:

1. How much gluten you currently eat

2. How long you’ve been consuming gluten

If you’re a longtime carb lover, you may find it relatively difficult to remove gluten from your meals. Carbohydrates have become such a staple in the standard American diet, it’s nearly impossible to imagine a meal that doesn’t involve some form of bread or pasta. Unless you’ve made a conscious effort to stay gluten- or carbohydrate-free, it’s likely that you consume gluten daily.

3. How quickly or slowly you remove gluten from your diet

When you decide to detox from gluten, you might go into your kitchen and tossed everything with gluten into the garbage. Others may opt for the slow-and-steady approach to removing gluten from their diets. It’s up to you whether you go cold turkey or cut gluten out gradually; one way is no better than the other.

As with most things in life, how detoxing from gluten affects you will depend on your unique health, genetics, diet, and lifestyle. This bio-individuality (IIN’s nutrition and lifestyle concept) can influence how long it takes you to detox as well as the severity and duration of any withdrawal symptoms.

How to Detox from Gluten: A Four-Step Plan

Before removing gluten from your diet, you should first determine whether you need to avoid gluten or if any symptoms you’re experiencing are related to a different medical condition; consult your doctor before adjusting your diet.

“An important step in removing gluten is to find hidden causes,” says Smith. “Generally speaking, we know that gluten is in bread, pizza dough, and the like.” But gluten is also in items you may not suspect, like soy sauce, imitation crabmeat, and even some oats (from cross-contamination during production). “If you are attempting to remove gluten, be sure to read every label.” Gluten appears under many different names on nutrition labels, including:

Keeping hydrated is generally good advice for all-around well-being, but it can be especially helpful when beginning a gluten detox. Since gluten can cause diarrhea, drinking water can offset any dehydration the gastrointestinal distress may cause.

Probiotics contain microorganisms that help your body maintain gut health, which in turn influences the health of everything else in your body, from immune response to skin health. Probiotics can help your gut microbiome return to status quo after being exposed to an inflammatory compound like gluten. Before starting any new supplement regimen, speak to your doctor or registered dietitian.

Inflammation is a normal occurrence in the body, but inflammation that goes unchecked can lead to many chronic health issues. People with celiac disease have an overactive immune response to gluten, which leads to high levels of inflammation in the body. When beginning or undergoing a detox, prioritize foods that have anti-inflammatory properties, such as:

Side Effects of Gluten Detox

Ironically, the symptoms of gluten detox are similar to those of gluten intolerance. For some people, the side effects of removing gluten from their diets are minimal; for others, these are debilitating and can last for weeks. It all depends on how much gluten you were eating previously and how severe your reactions to gluten were.

Whole-grain foods like bread and pasta are a good source of fiber. Going gluten-free means avoiding these foods ‒ and ditching them without making up the fiber can leave your digestive system stopped up. Make up for the missing fiber by increasing your intake of legumes and leafy greens while also staying hydrated to counteract any fiber-related digestive issues.

Commonly reported symptoms of gluten detox are fatigue and brain fog. Fatigue is a general feeling of exhaustion. It’s more than feeling sleepy, though ‒ fatigue is a feeling that seeps down into your body, and you can’t shake it, no matter how much sleep you get.

Brain fog is the feeling of confusion or forgetfulness, and when experiencing it, you may lack the ability to focus on things or find yourself walking into rooms and forgetting why.

Going gluten-free is more than just a fad diet – for those suffering from gluten sensitivity or intolerance, detoxing from gluten can greatly improve their quality of life.

Celiac disease is an autoimmune disorder that can affect your body in many ways, and going gluten-free is imperative for people with this condition. Gluten sensitivity and intolerance are becoming more common, and removing gluten from your diet may help alleviate the symptoms you’re experiencing. Before adjusting your diet, consult your doctor and get tested for celiac disease. 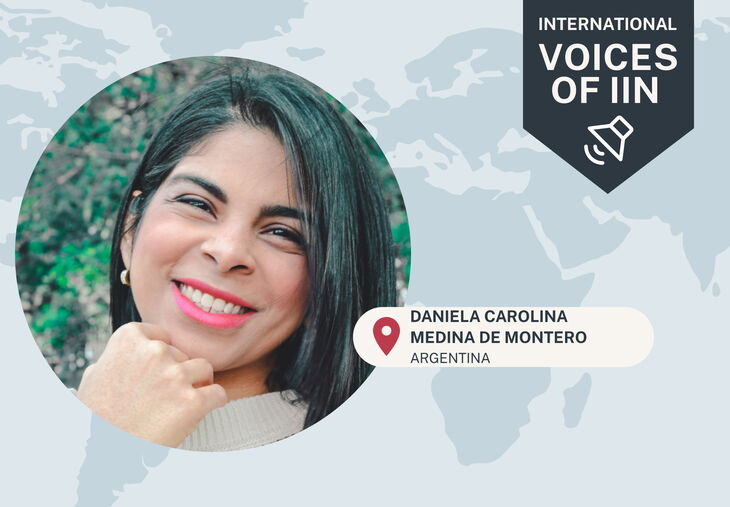 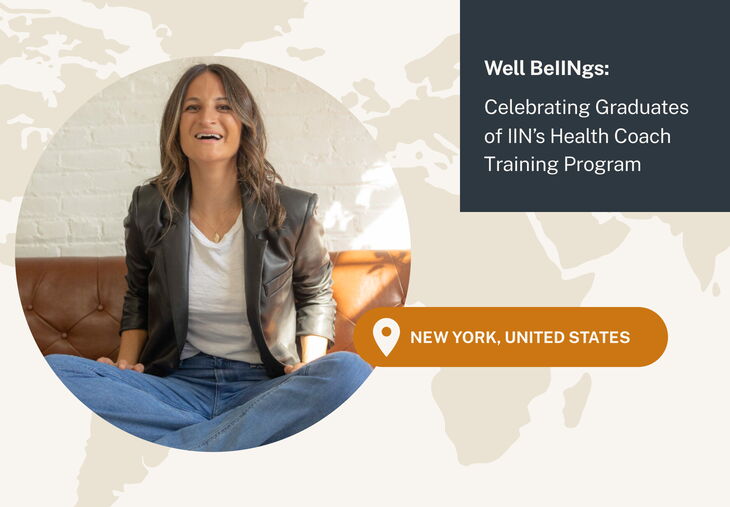 November 9, 2022
The IIN Community of Well BeIINgs: Lauren Bongiorno, on Working with Her Body, Not Against It 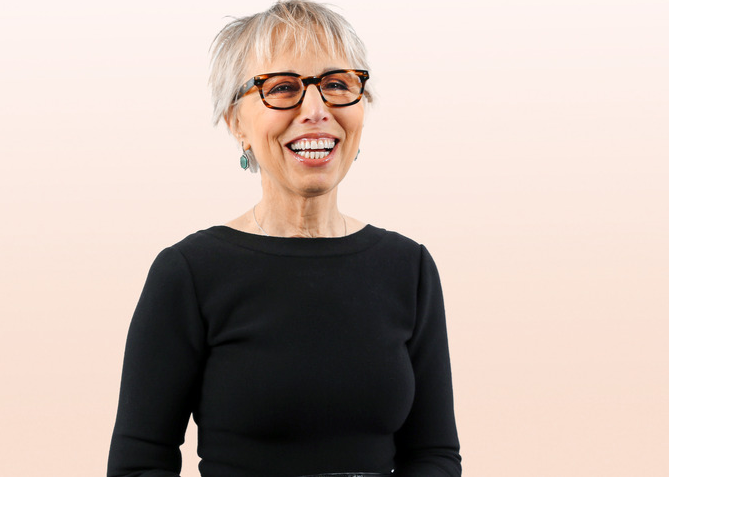