The IINsider’s Digest gathers all the hottest nutrition topics around the web in one place for you to easily digest. This week it was reported that trans fats are on the decline after years of warnings. Integrative Nutrition graduate and chocolatier extraordinaire Vanessa Barg touts the health benefits of chocolate, farmers markets are cropping up at hospitals, and a preschool makes a healthy food faux pas.

Trans fats on the decline
Featuring IIN speaker Michael Jacobson
USA Today
Years of warnings about the dangers of artery-clogging trans fats seem to be paying off: The amount of trans fats in the blood of white adults in the USA dropped a "dramatic" 58% from 2000 to 2009, a government study shows. Read more.

Got a Health Complaint? There May Be a Chocolate for That
Featuring IIN Grad Vanessa Barg
TIME
Most chocolate lovers are well aware that the dark stuff is naturally packed with antioxidants, the health-boosting compounds that are thought to protect against heart disease, cancer and stroke, but with the right ingredients, the benefits don’t have to stop there. Read more.

School Replaces Student’s Packed Lunch with Chicken Nuggets
Fox News
A North Carolina preschooler came to school with a turkey and cheese sandwich, a banana, apple juice and potato chips – and her lunch was promptly replaced with chicken nuggets from the cafeteria. According to reports, a state agent who was inspecting lunch boxes that day decided the girl’s packed lunch did not have enough nutritional value. A regulation put into place by the Division of Child Development and Early Education at the Department of Health and Human Services requires that all lunches served in pre-kindergarten programs meet federal nutritional guidelines. Read more. 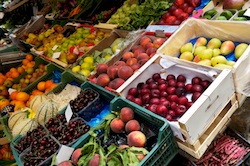 Nature's Rx: Farmers Markets Cropping up at Hospitals
Fox News
Hospitals and health clinics have pharmacies for their patients, but why not add a place to pick up vegetables and fruits, too? After years of treating their clientele for the ravages of poor nutrition — obesity, Type 2 diabetes, heart disease and stroke — some doctors finally are catching on to the idea that prescribing carrots instead of pharmaceutical drugs might be a better option. It's preventive medicine 101. Read more. 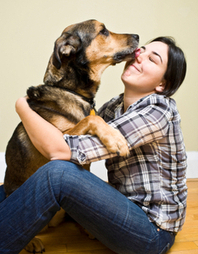 The Huffington Post
A new study provides even more evidence that man's best friend is good for your health -- this time, the findings suggest heart-healthy benefits of pet ownership. Read more.

Chipotle Commercial Nearly Steals the Show
Yahoo! News
Usually it is the commercials aired during the Super Bowl that the world looks forward to all year. However, this year a commercial that aired during the 54th Annual Grammy Awards ceremony has everyone talking. Burrito chain Chipotle aired its first-ever national ad, and people were saying it was more than just a commercial -- it was more like a message. Read more.