Welcome to the IINsider's digest! We gather all the hottest nutrition topics from around the web in one place so you can easily digest. This weeks highlights include, Integrative Nutrition teachers in the news. Dr. Mark Hyman as one of Dr. Oz's Fantastic Four, Michael Jacobson shines a light on trans fats, and Dr. David Katz reviews the best diets of 2011. The Washington Post asks, "Who owns Yoga?" Canadians support a ban on junk food ads aimed at kids and Mark Bittman looks at why we're eating less meat.

Get the IINside scoop right here.

Eating out and losing weight? It can be done, a study finds
LA Times
Eating out can be a minefield for dieters -- even the most healthful-looking salad can contain more than 1,000 calories. But a study that used education and a mindful approach to eating proved successful in getting participants to lose weight while dining out. Read more.

Chewing on the Best Diets
By IIN teacher Dr. David Katz
The Huffington Post
As you likely know, U.S. News and World Report released a list of "best diets" to coincide with the annual bumper crop of weight loss resolutions as the new year begins. I was privileged to be one of the 22 judges. We worked in isolation of one another, so none of us knew what the others were thinking. Read more.

Chocolate 'makes for happy babies'
BBC News
Scientists in Finland say eating chocolate during pregnancy may make for happier, livelier babies. They questioned 300 women before and after they gave birth. They found those who ate chocolate daily were more likely to say they had happy babies. Read more. 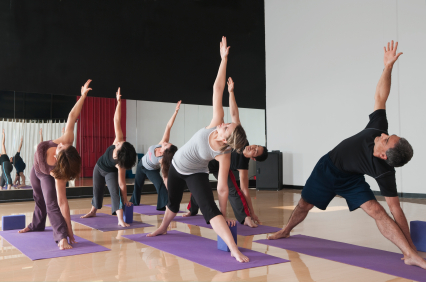 Who owns yoga?
The Washington Post
The video, three minutes long and posted just a week ago, is tearing up the Internet, causing appreciative reactions among heterosexual men and some yoga fans and disapproval among yoga purists. Shot in the penthouse of the Mondrian SoHo hotel in New York, it shows a gorgeous young woman performing expert yoga moves wearing only a black lace bra and panties. As she contorts herself, a man dozes in a mussed-up bed. Read more.

Canadians back ban on junk food ads targeting kids: Survey
The Vancouver Sun
The majority of Canadians strongly support an outright ban on junk food marketing aimed at children, a new government-commissioned survey has found. More than half of those surveyed (53 per cent) said they are strong supporters of banning all marketing of high-fat, high-sugar or high-salt foods aimed directly at kids and youth. Six in 10 strongly support restricting this type of junk-food marketing. Read more.

We’re Eating Less Meat. Why?
Mark Bittman
The New York Times
Americans eat more meat than any other population in the world; about one-sixth of the total, though we’re less than one-twentieth of the population. But that’s changing. Read more.

What did we miss? What nutrition news has you buzzing this week?