At IIN, we know the importance of putting mental health first, especially during this time of year when the seasons change and our window of daylight begins to shorten.

September is Suicide Prevention Month, and this month, lawmakers in Washington have passed legislation designed to make it easier for people to get mental health help and support.

Rates of suicide in the United States are at their highest since World War II, with an increase of 33% from 1999 to 2017. Even before the COVID-19 pandemic, the need for an increased focus on mental health and mental health services was important. Now that we are seven months into a pandemic that’s upended our lives and livelihoods, the need is even greater.

The Veterans Administration data shows about 20 veterans and service members die by suicide daily. That number has remained stagnate or worsened in recent years despite increased efforts and programs to help.

The House of Representatives unanimously passed the Senate’s legislation aimed at improving veteran mental health care, increasing access to complementary and alternative care and working to prevent veteran suicide. This piece of legislation is called The Commander John Scott Hannon Veterans Mental Health Care Improvement Act of 2019 (S.785) and will head to the White House to be signed into law.

The bill was named after a Navy Seal who suffered from post-traumatic stress disorder (PTSD) and a traumatic brain injury. Even so, he advocated for fellow veterans and helped integrate service animals into mental health care. The bill hopes to improve the mental health care provided by the Department of Veterans Affairs (VA) through notable initiatives, such as:

The bipartisan members of Congress who shepherded its passing noted: “While our work to end veteran suicide is not over, today is an unquestionably important step in ensuring that those most in need receive the support they have earned."

The U.S. Congress has approved the adoption of 988, a new three-digit number for the National Suicide Prevention Lifeline. The National Hotline for Suicide Prevention Act (988) (H.R.4194) states that this new number should become available by July 2022. The hope is that this new, shorter number – similar to how Americans dial 911 in an emergency – will remove some barriers to calling the lifeline for urgent mental health support.

Earlier in 2020, the Federal Communications Commission (FCC) chairperson noted: “In times of crisis, it is challenging to find the right resources. We believe that this three-digit number dedicated for this purpose will help ease access to crisis services, helping reduce the stigma surrounding suicide and mental health conditions, and ultimately saving lives.”

While we are pleased to see action being taken to help provide more mental health resources for people and further reduce the mental health stigma, there is still much work to do. The National Alliance on Mental Illness (NAMI) provides several ways we as everyday citizens, and especially as Health Coaches, can become better advocates for mental health awareness.

We know how valuable Health Coaches can be in the healthcare system to help bridge the gap between doctors and patients and provide the support and resources patients need to reach their health goals. IIN is committed to the success of every graduate making a difference in their communities, and this advocacy work aims to further support our graduates in all that they do.

Darrell Rogers began his career in Washington, D.C., 20 years ago and has worked for members of Congress and several notable nonprofit organizations and political campaigns. More recently, his work has been committed to protecting and promoting holistic healthcare access. Every month, we’re sharing the notable work that Darrell is doing in Washington, D.C., to increase the visibility and recognition of Health Coaches. 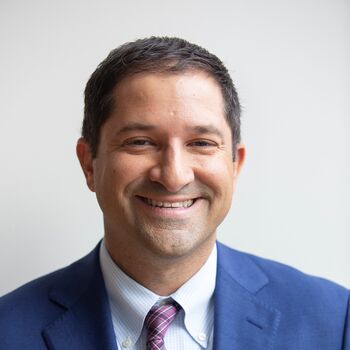